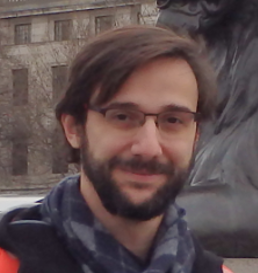 Ilias Sourikopoulos received the greek Diploma (combined Bachelor's and Master's degree) in Electrical and Computer Engineering from the University of Patras, Greece in 2004, a Master's degree in Integrated Circuit Design from the National and Kapodistrian University of Athens, Greece, on top of the class of 2010 and the Ph.D from the University of Lille, France in 2015. His Ph.D work was with the ISEN-IEMN IC design group and focused on continuous-time digital signal processing for decision feedback equalization in 60GHz receivers. He joined the Bioinspired Architectures group at IRCICA in 2016, where he enabled the group's integrated circuit design effort. Ilias has served the Greek Army as an Electronic Warfare operator in 2007 and from 2008 to late 2011 he worked with Helic Inc. in Athens, Greece as an Applications Engineer supporting EM crosstalk analysis software. He is a member of the IEEE and the Technical Chamber of Greece.