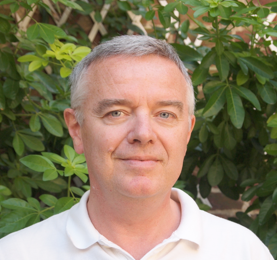 François Danneville received the PhD in Electronics and the « Habilitation à Diriger les Recherches » from Lille1 University, Sciences and Technology, in 1991 and 1999, respectively. Until 2000, as Assistant Professor at Lille1 University, he has studied the noise of III-V devices operating in linear and nonlinear operation (in LNA, Mixer and Oscillator).

In 1998, on the aforementioned research topic, he made one year sabbatical as Visitor Scientist in HP (nowadays Keysight Technologies),  Santa Rosa (USA). Since 2001, he has been Full Professor at Lille1 University where his research has focused on the small (large) signal and noise properties in high frequency range (centimeter and millimeter waves) of advanced Silicon Technologies (CMOS and SiGe HBTs), including alternative architectures and circuits design. In these areas, Professor François Danneville has published over 140 papers in international journals and conferences and has supervised 22 PhD students (2 on-going).

Since 2014, his research work has focused also on the development of an ultra-low power silicon CMOS artificial neuron (published in Frontiers in Neuroscience –March 2017-)  and is currently focusing on the integration(scaling) of this new neuromorphic technology within neural networks. His research areas of interest (to cite a few) are: – Biocomputing – Smart Visual and Hearing Sensors – Electronic systems for Neural recording and stimulation – fluctuations and noise in artificial and biologic neural systems.